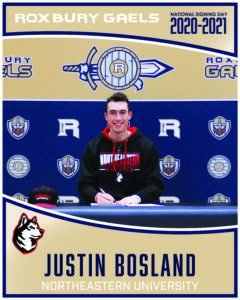 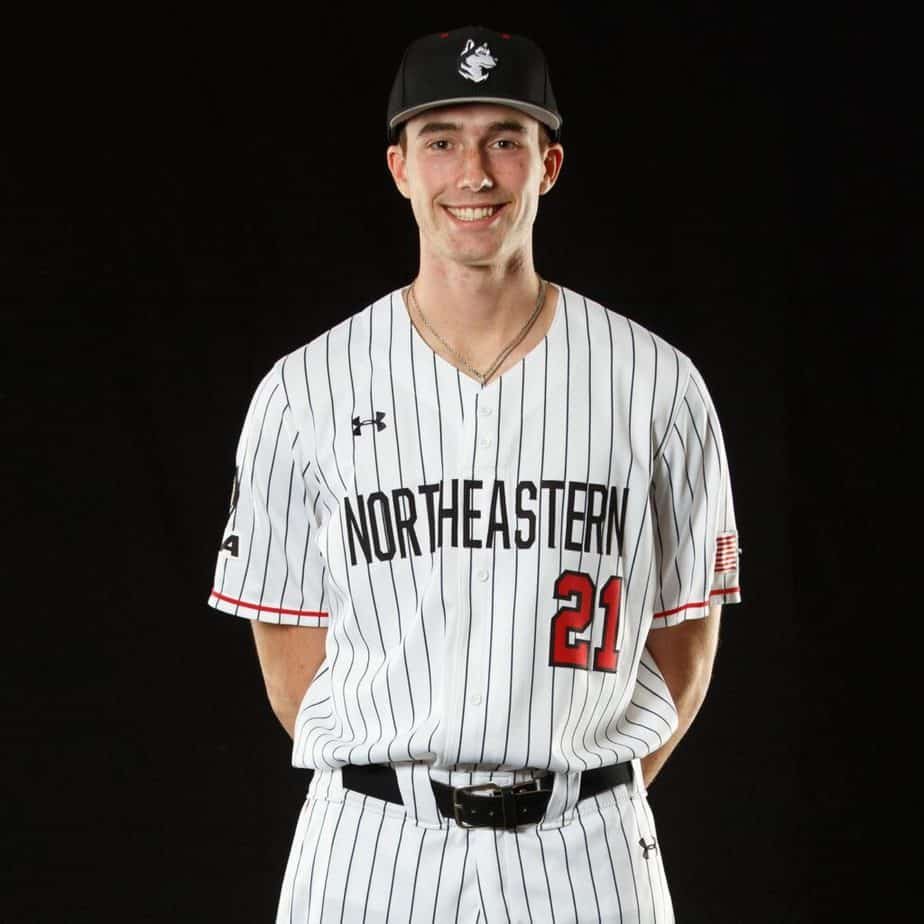 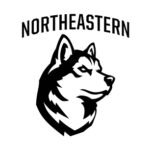 For Love of the game

Ever since I was a very young child I had a love of the game of baseball. I recall when my mom and dad bought me my first real baseball bat I could not wait to get to a real field and try it out. I played many other sports while growing up and enjoyed them all, but nothing made me feel like I did while playing baseball; making that amazing play in the field, a game winning hit, the battle between the pitcher and hitter, or stealing a base. Baseball more than any sport is a life lesson as a good hitter fails 70% of the time which means you get a great lesson in overcoming failures. I think the one aspect of the game that I enjoy the most is the camaraderie of being around my teammates both on and off the field. Life lessons and lifetime friends! “Man, this is baseball. You gotta stop thinking, just have fun.” – The Sandlot 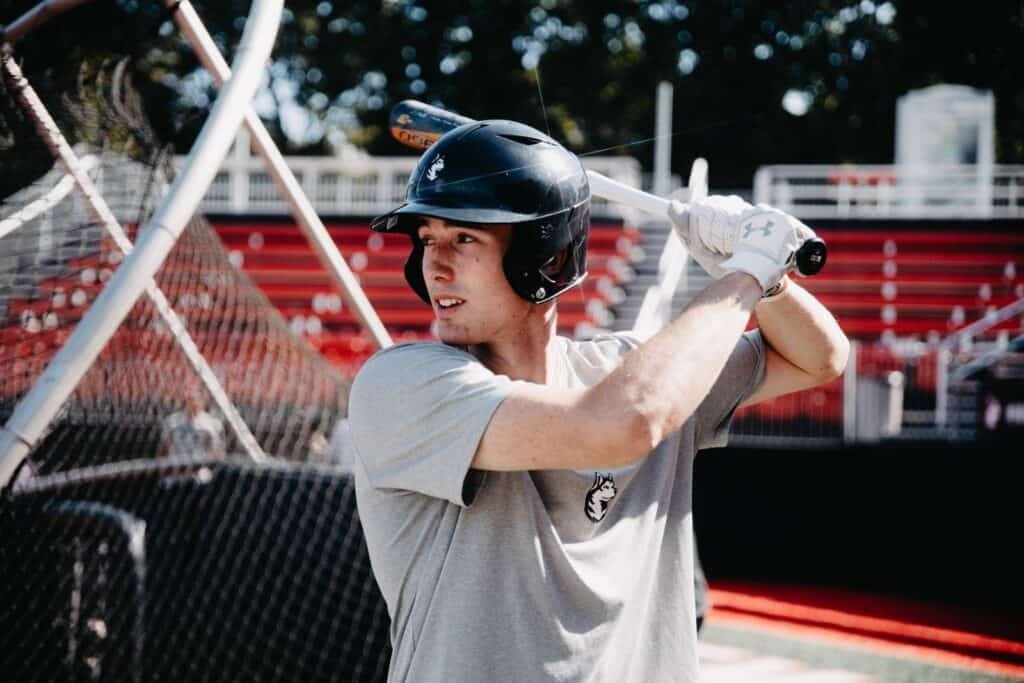 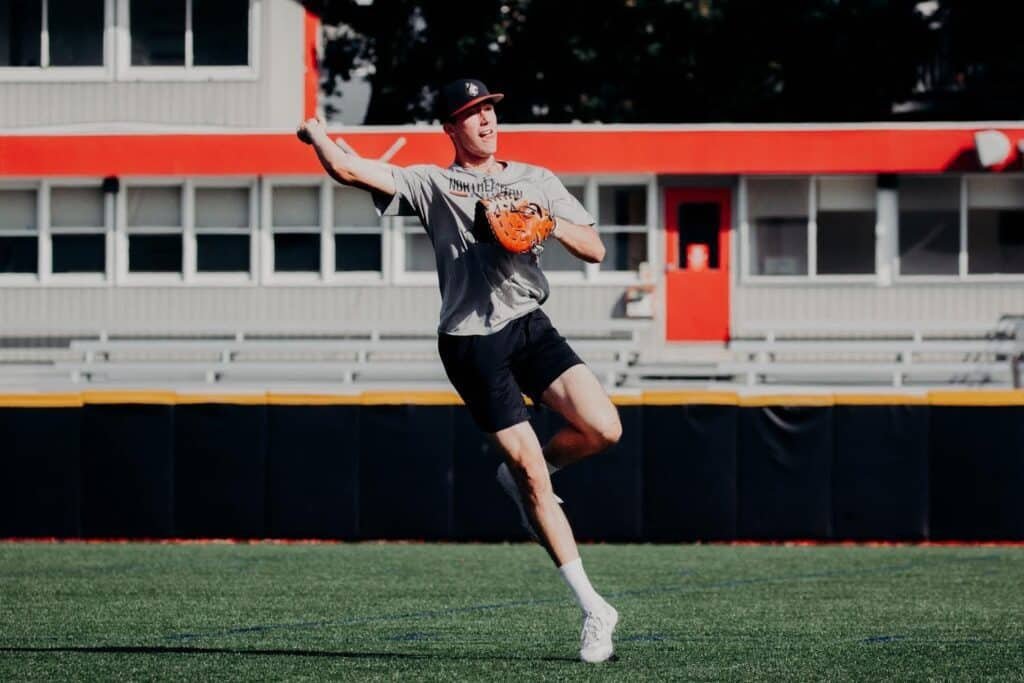 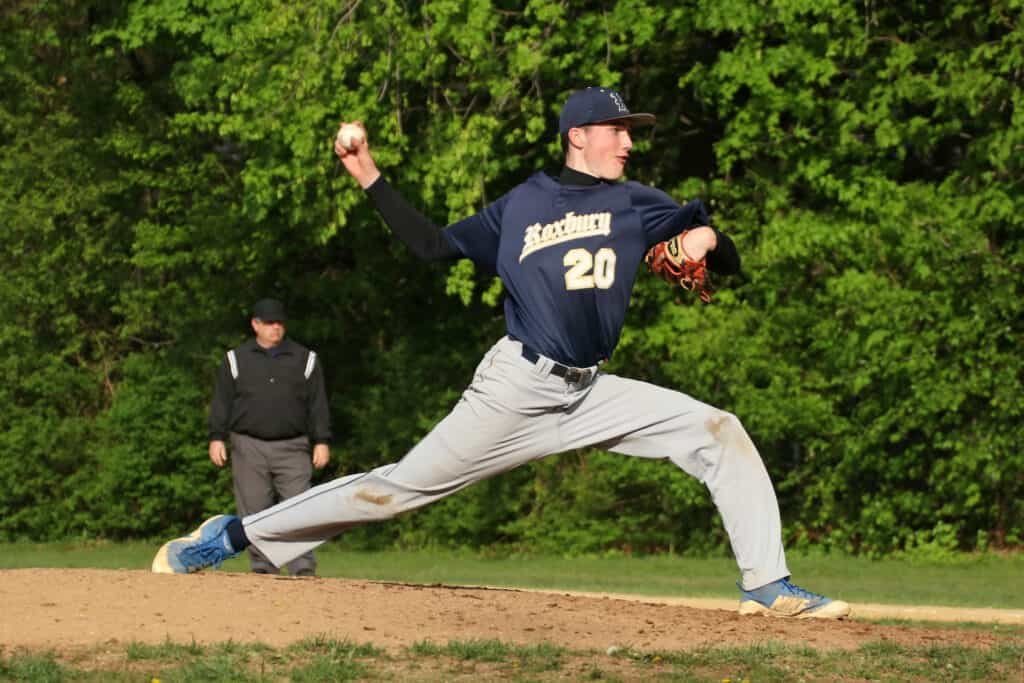 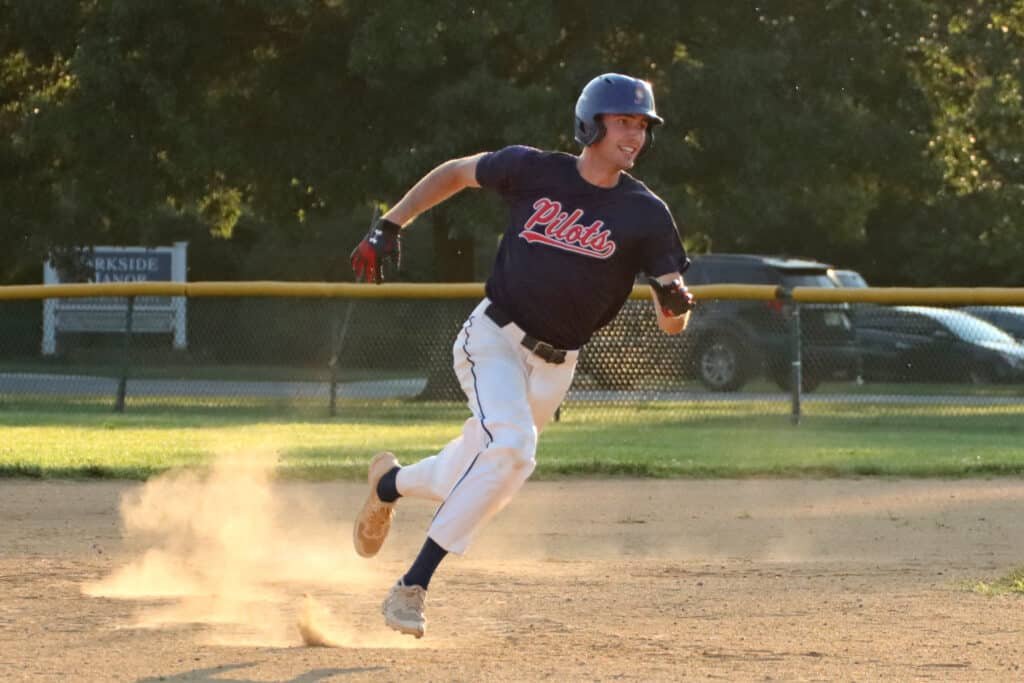 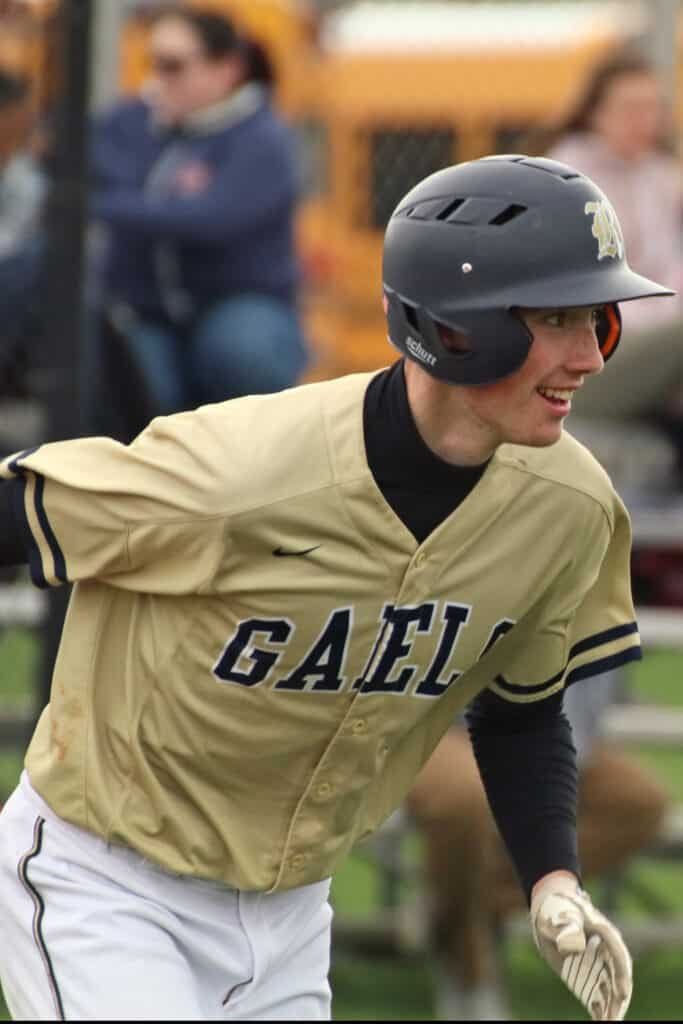 The Morris County Cubs Scout Day featured some top performers in all grad classes, but the 2021s stood out as the cream of the crop. Two commits in Northeastern recruit 2021 INF Justin Bosland (Roxbury HS, NJ) and Notre Dame LHP Jack Findlay (Roxbury HS, NJ) showcased why Roxbury High School will be a force to be reckoned with in the spring of 2021. In a rain-shortened first day, NJIT recruit 2021 INF Ty Salle (Parsippany Hills HS, NJ) showcased his next level athleticism and strength at the plate during BP, while recent Nichols College commit 2021 RHP Ben Weber (Pope John XXIII HS, NJ) and top uncommitted RHP Tim Crum (Sussex Tech HS, NJ) flashed promise on the bump.

Justin Bosland Northeastern recruit.6-foot-5, 200-pound projectable frame. One of the top overall performers of the event. During batting practice, the left-handed hitter showed power in the box with an exit velocity of 95 mph. Started in a tall stance with a smooth load, then used a controlled stride. Bat speed is explosive, uses flat swing plane and high finish. Found multiple barrels with loud contact. Pull side approach. In the infield, had a live arm with throws that topped out at 85 mph; had a quick exchange, sure hands and smooth footwork. Used a quick arm action and a high ¾ slot. Showed his athleticism during the event with a sub-seven 60 time of 6.65. Projectable on the mound, used a loose arm action and a high ¾ arm angle while showing quick arm speed. Shows easy effort in his delivery. Tall balance point with even shoulders. Lands open with an athletic finish. Sat with his fastball at 87-88 mph with a max of 88 mph. Curveball (72-73 mph), changeup (79-81 mph).

Notre Dame commit LHP Jack Findlay (Roxbury HS, NJ) bursts into the top 10 with a velocity bump since we saw him last in the spring of 2019. Upper 80s and low 90s fastball with two advanced offspeed offerings, Findlay has starter stuff at the next level, a bigger breaking curveball at 76-79 and a later, harder slider at 80-82.

Northeastern recruit Justin Bosland (Roxbury HS, NJ) was a virtual unknown - but really impressed at the Morris County Cubs Scout Day in early July. athletic, physical 6-foot-5 frame, Bosland showed off his speed, running a staggering 6.65 60 yard dash. A left handed stick, Bosland projects as more of a corner or OF'er at the next level, with the speed to play CF. Either way, Bosland is an intriging prospect to keep an eye on. He was also 87-88 on the mound in a bullpen setting.

Rutgers commit Duke recruit LHP Oren Abbott (Millburn HS, NJ) continues to show why he is one of the top hurlers in the class. Consistently upper 80s and touching 90, it's a clean delivery and a sharp mid-70s 1/7 breaker to complement.

Boston College commit RHP Sean Hard (St. Joseph's Montvale HS, NJ) makes a jump into the national rankings at No. 14. Routinely been in the low 90s, Hard has a lanky, athletic frame at 6-foot-5 198-pounds with more in the tank.

Coastal Carolina recruit RHP Matt Potok (Jackson Memorial HS, NJ) was up to 93 mph this summer and has late life on the fastball in the upper 80s to low 90s. Sturdy, durable frame at 6-foot-3 210-pounds, Potok could be a fringe-type draft prospect next spring.

RHP Matt Rowe (Madison HS, NJ) was in the mid-80s this time last summer, but made a significant jump into the upper 80s touching 91 in 2020. Clean, repeatable arm from a 3/4 slot with some armside run.

Wealth of talent: Where are N.J.’s top baseball players going to college?

New Jersey has a wealth of talented high school baseball players throughout the state. Whether it be pitchers with fastballs in the high 90s or guys who consistently drive the ball, college scouts have certainly taken notice.

While the coronavirus outbreak eliminated the 2020 spring season, it hasn’t stopped players from creating solid resumes and continuing to work on reaching the next level.

Check out the following list of players who have made college commitments. If we missed someone, send an email with their name, high school, grade, position and college choice to kminnick@njadvancemedia.com

The young men were praised by their Roxbury High School coaches.

“Today's milestone for both Jack and Justin is significant because playing at the highest level of college baseball has been a dream for both players and today it became official,” said Roxbury High School Baseball Coach Greg Trotter. “Both players are tremendous young men that come from outstanding families and have given so much to our program and our school.”

“He has matured both physically and mentally through his four years,” the coach said. “As a freshman, he was a skinny, talented, competitive, confident kid and has matured into one of the top players in the state. Jack has been the winning pitcher in our last two State Sectional Championship games as a freshman and sophomore. Obviously, his junior year was canceled, but the sky is the limit when it comes to what Jack can do this upcoming season and through the rest of his career.”

Turning to Bosland, Trotter said the student’s road to becoming a Division 1 student/athlete was a bit different.

“Through no fault of his own, Justin has not been on the varsity field except for about 15 games,” said the coach. “As a sophomore, Justin was expected to be a huge contributor to our team both in the infield and on the mound. Unfortunately, an injury at the end of basketball season cost him the first half of the baseball season.”

But when Bosland recovered, “he began to show what a great athlete he was,” Trotter said. “He finished the season as our starting shortstop, one of our best offensive players and someone we trusted on the mound.”

As we prepare to turn the clock and close the book on a difficult 2020, our staff has taken an in-depth look at stats compiled at a host of events that took place across the state over the past year.

2020 has been an outstanding year, in light of the challenges presented by the current pandemic. The addition of state of the art technology from TrackMan and Blast Motion is a testament to the commitment from Prep Baseball Report New Jersey to continue to assist players in reaching their ultimate goals. With over 900 colleges and pro teams subscribed to our services, along with the addition of professional live streaming to all summer/fall 2020 events, our platform has been a key component in the recruiting process for countless players across the state. 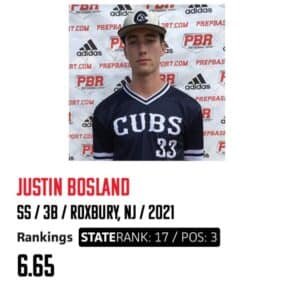 We’ve crunched all the numbers and have identified the top performances in each statistical category from our events. Included in the final results are players from outside the state borders that have excelled while participating in a PBR New Jersey event.

Morris/Sussex Baseball Players To Watch Ahead of The 2021 Season

It's been nearly two years since baseball was last played in New Jersey after the 2020 spring season was canceled due to the coronavirus outbreak.

The last time we saw any area players, they were freshman and sophomores competing for playing time on varsity rosters.

Plenty of progress and development has been made during the layoff, and 2021 will be one of the most highly anticipated seasons in recent memory.

With competition set to begin Monday, we take a look at some of the top Morris/Sussex players returning to the diamond. 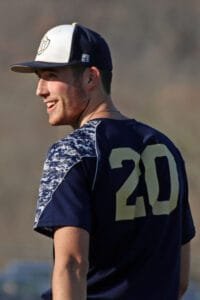 A two-way player, Bosland appeared in limited action the last time we saw him as a sophomore. At 6-foot-5, 200 pounds, the Northeastern commit has strong speed and athleticism for his size and can hit for power from the left side. He will also contribute on the mound with a fastball that touches 90 mph. 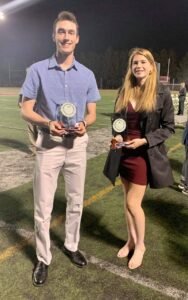 Abigail will be attending Seton Hall University in the fall and Justin will continue his baseball career at Northeastern.

Justin Bosland struck out 12 and walked none, allowing five hits and three runs (two earned) in a complete-game effort on the mound to lead fourth-seeded to a win at home over 13-seed Tenafly, 4-3, in the first round of the North Jersey, Section 1, Group 3 tournament. 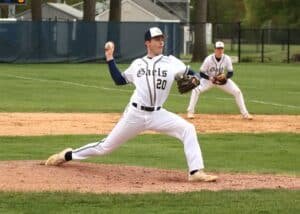 Roxbury (12-14) will face the winner of Wednesday’s matchup between fifth-seeded Wayne Hills and 12-seed Bergenfield in the quarterfinal round on Saturday.

Chris Arp singled once and scored once, also pitching five scoreless innings of relief for Tenafly, which falls to 9-16 with the loss. 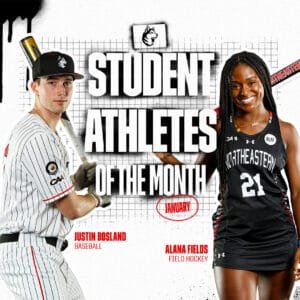 Line Drive Double Over First Base

Inside The Park Diamond Nation

Justin Opposite Field Double vs. Chatham 4-19-21

1st Hit as a NJ Pilot Double and RBI

Opposite Field Double vs Staten Island

Line Drive Single Up The Middle 7-3-21 Pilots vs. Blazers

Throw to Plate from rundown between 1st and 2nd base 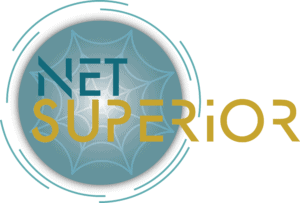 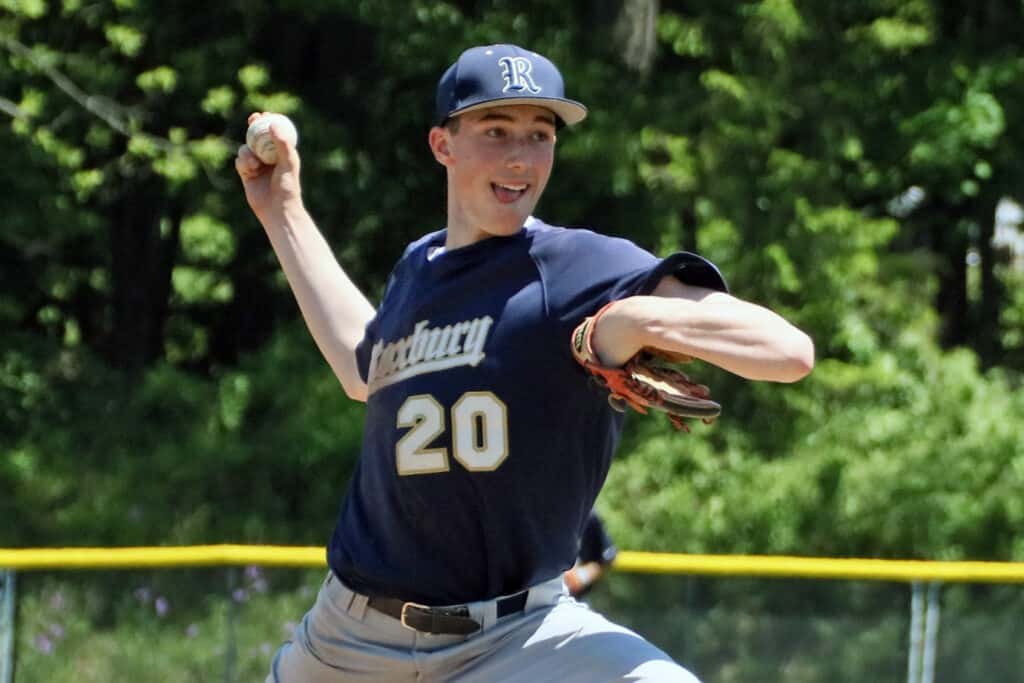 Hey Thanks For Contacting Me

Be Sure To Check My Schedule and Come Watch Me Play! 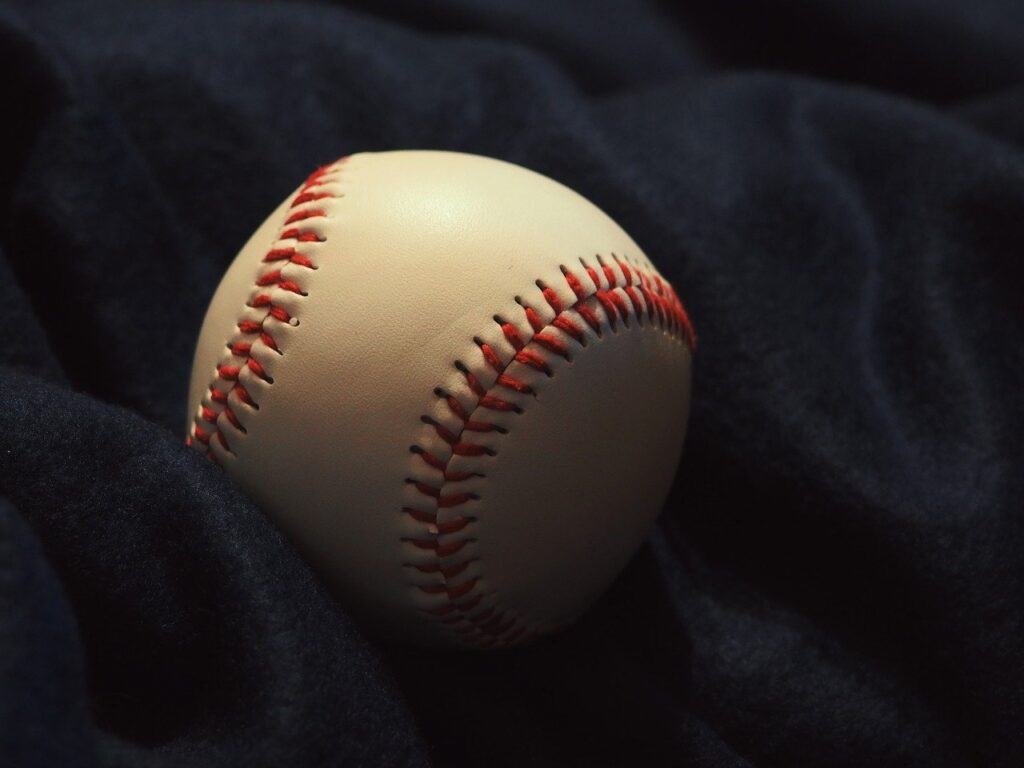